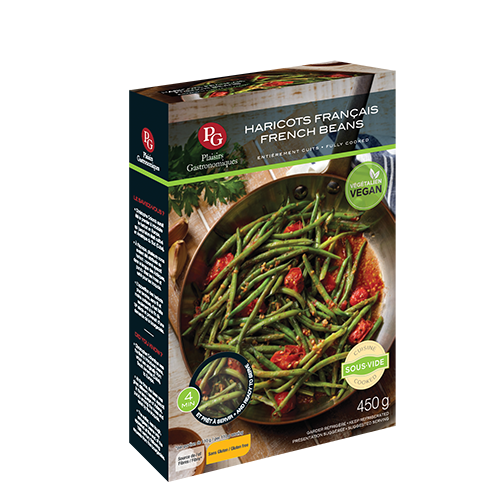 A delightful side dish of French green beans and preserved tomatoes, flavored with roasted garlic, olive oil and parsley. Ideal to accompany your dishes, such as meat, poultry or fish.

Cooking times may vary depending on the appliance used.

Keep refrigerated.
Do not freeze. 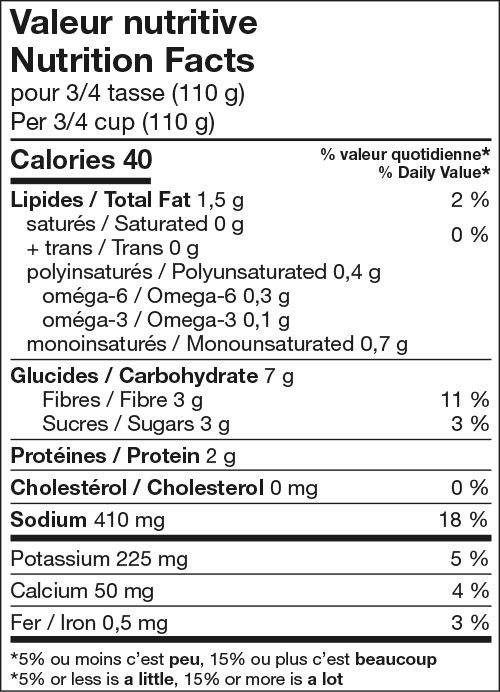 An excellent accompaniment for any type of cooked meat, poultry or fish.

Christopher Columbus was the first to introduce beans, which are originally from South America (Cuba), to Europe.

At the time, the bean was given different names: ayacotl in the language of Aztecs, purutu among the Incas and sahé by the Iroquois.

The softer, less tough, stringless beans only appeared at the end of the 19th century following requests from the bourgeoisie.